Are You The Real Deal?

When I was growing up, there was a popular commercial for Memorex™ cassette tapes. (Yes, I am that old, but that’s not the point.) The tag line was, “Is it live or it is Memorex?” The campaign’s premise was that the technology was so state-of-the-art you’d feel as if your favorite band was performing live in your very own living room. In one famous scene a singer’s voice shattered a glass. In the next scene, a Memorex tape of his voice did the same thing. What?! Mind. Blown. (I was easily influenced and not particularly savvy back then. Who knew one day I’d grow up and pursue a career in marketing, specializing in advertising and promotion?)

No matter how great the cassette’s sound quality, however, it was always going to be a representation of the original source: the band, the singer, the 10-year-old kid making up silly voices and stories. It wasn’t the real thing. (Sidebar: have you ever heard a recording of your own voice and thought Who is that!? I don’t sound like that. That voice is horrible. Maybe it’s just me, but I digress.)

Take a moment and consider how many beautiful counterfeits there are when it comes to jewelry. When I was little you could tell “costume” pieces just by looking at them. The fake diamonds looked like glass. The faux pearls were cloudy and yellowed with age. For the most part, they were cheap knockoffs. But times certainly have changed. There are some imitation necklaces, rings, and bracelets that could fool just about anyone, with the possible exception of an expert armed with his jeweler’s glass.

Sometimes it’s hard to tell the genuine from the fake.

And I don’t just mean when it comes to determining a flawless diamond from a cubic zirconia. If we’re being honest, and I believe we should be, we must admit that at least once in our lives, someone fooled us. Whether it was a friend, lover, boss, coworker, or even a family member, we got taken in by who they appeared to be. We may have let down our guard and permitted them unfettered access into our life, our heart, maybe even our finances. We didn’t spot their zirconiaism (my new word) until it was too late. The damage was done, and we were left beating ourselves up for not seeing it sooner. We trusted them. They betrayed that trust. Now we may have difficulty trusting anyone. We’re more guarded and on high alert.

Because of past situations, I tend to be pretty suspicious. Whereas before I might have taken people at face value or given them the benefit of the doubt, now I often rush to judgment that you’re probably just another liar who lies. You’ll hurt me at some point. You’re not what you seem to be. You’re not real.

That’s a terrible way to approach relationships. Choosing this subject for an article is forcing me to look within again. I hate that. But I’ve reached a stage of life where I want less drama and more joy, more peace.

Are you willing to do the tough things to help live an authentic life?

What do I mean by that? Well, as difficult as it is to admit, I’m not always genuine either. I’m not a liar who lies. If you read my post titled Where Did I Leave That Lasso Of Truth? you know I always wanted Wonder Woman’s™ golden rope. Truth is everything to me. Plus, I learned early on that I have no poker face and lying was not my strong suit. Storytelling I can do all day every day. But lying…not so much. I know you’re probably wondering Isn’t lying a kind of storytelling? Perhaps. But no one gets hurt by my made-up story. People can and do get hurt by lies.

Are there times when you’re not being real?

Yes. Probably more than I acknowledge. With me it’s more about concealing true emotions. I put on an act appropriate for the occasion. If there’s a need for some laughs and silliness, I’m stepping up. Doesn’t matter that inside I might be struggling or hurting. The lights come up, if you will, and I’m ready to perform. I may even enjoy myself in the moment, but later on my true feelings reemerge.

Some of the worst lies we tell are the ones we tell ourselves.

I must confess that though I do my best to not lie to others, I do lie to myself. Every time that I deny what’s going on inside and suppress something, I’m living a lie. I don’t think it’s brave to keep pushing your emotions down and pressing on. I do believe sometimes you need to take a break from your own thoughts. Absolutely. But saying you’re OK when you’re not is foolishness.

I understand why many of us choose to put up a façade, to be that beautiful zirconia, shining bright like a diamond. But it’s not real. It’s counterfeit. We only harm ourselves in the long run.

I’m not suggesting that you get deep or vulnerable with just anyone. I started this piece by discussing how we can be deceived and think that someone has our best intentions at heart when in reality they do not. I always believe you should be careful who you let get close to you. They should have to earn VIP access to you. Admittance only comes with time, experience, and prayer.

Yes, I wrote prayer. Only God knows the true heart and motivations of every person. We can be lied to or lie to others. He sees through every lie and deception. He gets to the truth of the matter every single time. He is Truth. Period. Doesn’t it make sense that we should include Him in our screening and selecting process? Shouldn’t we want His input since He’s all-knowing and all that? But we don’t. Why is that?

I’ve been in relationships where I felt God gently saying, “No” but I kept going ahead. When the inevitable train-wreck of the romance or friendship occurred, I sat in a pile of twisted carnage crying, “Why God? Why?” I knew why. I didn’t listen when I should have and this was the result. Some of this smoldering rubble was due to my decision to stay when He clearly had said, “Go.”

If you’ve read any of my work, you know I always bring receipts. I never want you to just take my word for anything by itself. (All verses are from the NIV version of the Bible at biblegateway.com.)

They claim to know God, but by their actions they deny him. They are detestable, disobedient and unfit for doing anything good. (Titus 1:16)

Ouch! This verse stings a bit, doesn’t it? A simpler way of saying this would be that actions speak louder than words. We can say a lot, but do we follow up with behaviors, activities, etc. that affirm what we stated? If we do not, then we’re not being real.

But just in case you were thinking that God is a bit harsh, check out this verse:

For we do not have a high priest who is unable to empathize with our weaknesses, but we have one who has been tempted in every way, just as we are—yet he did not sin. (Hebrews 4:15)

Jesus lived as one of us on this earth on purpose. He was well acquainted with feelings, emotions, lies, betrayals, deceptions, even downright evil. He confronted and dealt with each encounter with humility and authenticity. He gave us the example, as this next verse indicates:

Do not conform to the pattern of this world, but be transformed by the renewing of your mind. Then you will be able to test and approve what God’s will is—his good, pleasing and perfect will. (Romans 12:2)

How do we pursue an authentic life? A good place to start is with a daily renewal of our minds through reading the Bible and spending time with God to help us flush out the junk and the lies.

In case you were wondering how God feels about lying, may I present this verse:

Do not lie to each other, since you have taken off your old self with its practices (Colossians 3:9)

I chose the picture at the top of this post because in it I’m wearing Pop’s vintage bowling shirt circa 1963-1964. It has his name embroidered on the pocket. Clearly I’m not Tom. But if you didn’t know me, you might think it’s a nickname or something. You wouldn’t know that my name wasn’t Tom until I told you. You could speculate or suspect, but you wouldn’t know until I showed you who I really am.

The start of an authentic life begins with being real with God first.

The beautiful thing is He already knows exactly who you are, what you’ve done, and what you can and will be and do. You are safe with Him. He won’t lie, deceive, manipulate, control, use or abuse you. He loves you enough to help you see the areas you need to address to live authentically. He desires for you to achieve a life of abundance, joy, peace, and love. You truly are a diamond to Him, so stop selling yourself short by living in zirconiaism. (I’m really hoping that word catches on. Feel free to use it, just be sure to be real and let everyone know where you heard it first.)

Until next time: stay happy, stay healthy, stay in the know.

Look forward to hearing from you,

4 Comments on “Are You The Real Deal?” 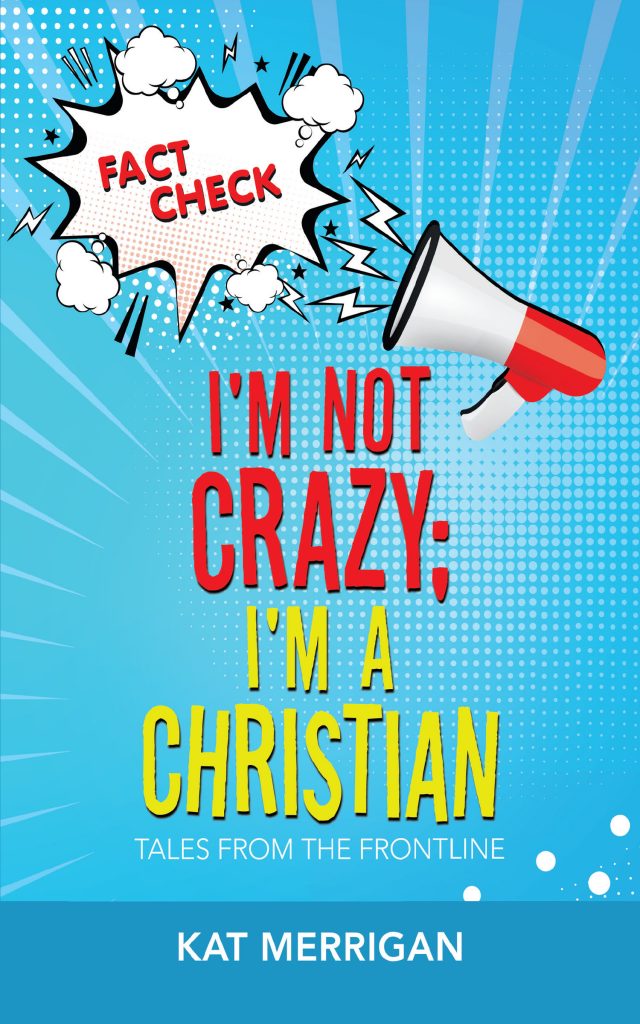